The Little White is a really hard Class V river that is challenging enough that it's not even on a lot of peoples' bucket lists.  The first major rapid, Gettin' Busy, is around half a mile of solid Class V boulder garden that I've heard you really need to have some cardio endurance to get through reasonably well.

Spirit Falls is the crux of the run, a 33-foot waterfall with a challenging entry and difficult landing zone that has a secondary crux move below it, Chaos, for which you need to be upright and in your boat in order to go far left to avoid a dangerous hydraulic on the right.

Obviously speaking from second-hand info here, it's not where I hang out but my husband Mike has run it a few times.  In fact, here's a great photo of him doing Spirit Falls in the snow. 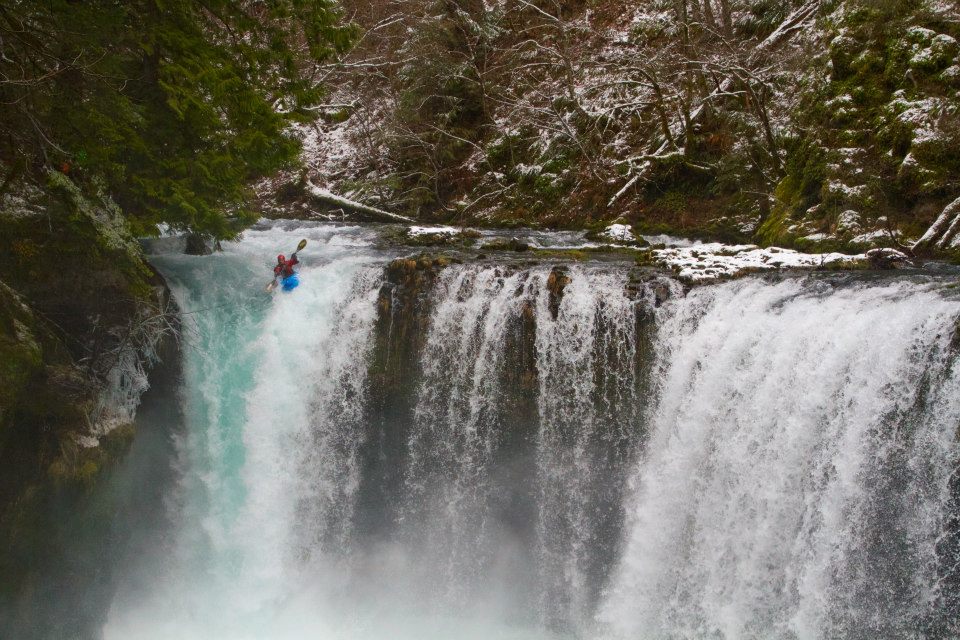 Here's a cool helicopter-view video of Rush Sturges and Steve Fisher running the Little White.  It's a nice alternative to the usual head-cam view, and the shots through the trees along with the music give it kind of an other-worldly feel - I'm a fan.