Yesterday Brett Barton, Rob McKibbin and I met up with Rick Paag and Chuck Kapise at Split Rock wave on the Skykomish River.  Here’s the video of those guys surfing it at around 5200 cfs (Chuck’s not in this one but I have a bunch more to post later that he’s in.)

The actual best video would have been of me actually getting up onto Split Rock to take the video, which involved having to stand on the nose of Brett’s boat as he was paddling against the current and then throwing myself onto the side of the rock.  Oh well, you never have a camera rolling for the truly great shots. :)

Here’s Rob and Brett checking out the video with the super-nice waitress from the Gold Bar cafe (great desserts, by the way – huge pieces of pie.) 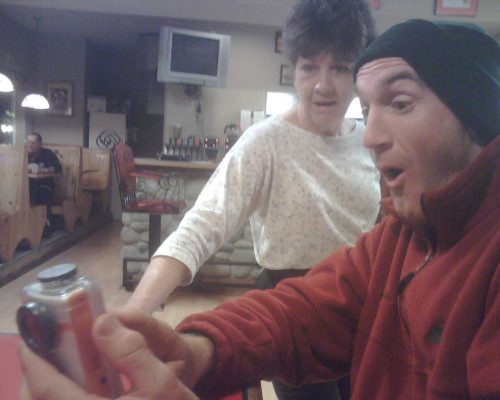 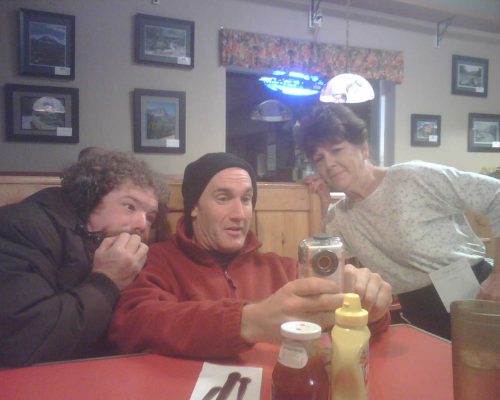