Greg Nicoll and Jeromy Adams led a kayaking trip on the Headworks section of the Green River on April 25 2009 and a great time was had by all.  (Let me just say that Greg nailed the trip leader requirements before we even started by bringing doughnuts to the put-in.)

Here are some photos taken by Chris Peele and some video of a bunch of people surfing, plus me flipping on Railroad Drop.

Here’s the video I took going over Railroad Drop.  I was demo-ing the Jackson 2Fun and was bummed that I flipped, but what the heck – all good experience in the long run.

There were a couple of nice surf waves along the way, I caught the first one a few times and was again amazed at how great the Jackson 2Fun was.  Mike VanOrden graciously offered to take video at the next one we hung out at for a while – here’s the video, with the people who missed the wave edited out.  That would be, um, ME. :)  (Although I did catch it once earlier.)

Here’s Greg Nicoll, Fearless Trip Leader, his very cute dog, and, well, he and I have already discussed the shoes. 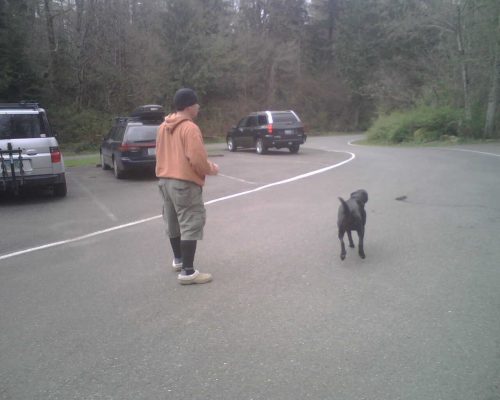 And here are Mike, Chris and Jeromy trying to look like people who would never, ever partake of a post-paddle beverage in the parking lot. 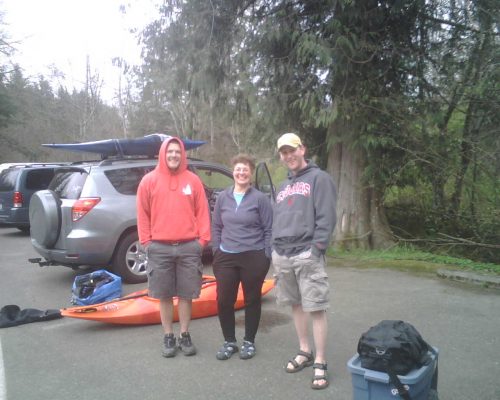