Kayaking – The Agony and the Ecstasy (Not in That Order)

Last Saturday I ran the Wenatchee again at around 9,000 cfs and later found photos of us on the Riverbooty.com website going through the first big rapid, Rock ‘n’ Roll.

Check out the difference between these two photos (which I did buy from Riverbooty, by the way – I know they say ‘proof’, but that’s because I ended up ordering the print versions and rather than wait for the prints to arrive I took screenshots from the Riverbooty proof page so I could write this post.)

Anyway, here’s Steve Worcester, long-time kayaker and all around nice guy.  What cracks me up is that he has this expression on his face in every single photo. 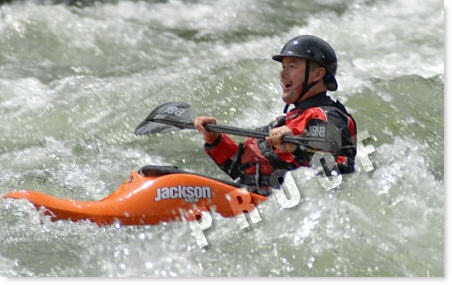 And here’s me, looking just a tad more serious.  Actually, looking like someone with enormous, pressing concerns.  And yes, I have this expression on my face in every single photo. :) 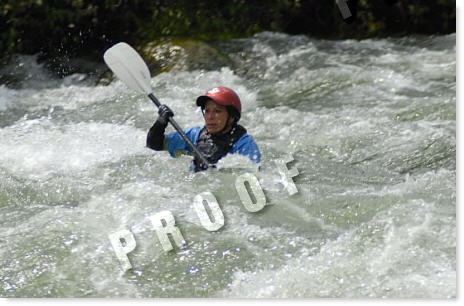 OK, I think by this time I had already rolled twice in this rapid and was quickly figuring out that, rather than being a much better boater like I thought I was the previous weekend when I was trying out the Wavesport Fuse, I was pretty much the same boater and had better be prepared to spend some quality time upside down that day in the Jackson 2Fun.  It was a bit of a shock.

Regardless, I’m looking forward to the day when my skills and confidence have improved enough that I can go through rapids looking a little more like Steve W. and a little less like, well, me. :)  But I still always have a blast – and on the plus side, I’m getting to know some of the underwater routes quite well. :)