Friday the 13th Lives Up To Its Name – Kind Of 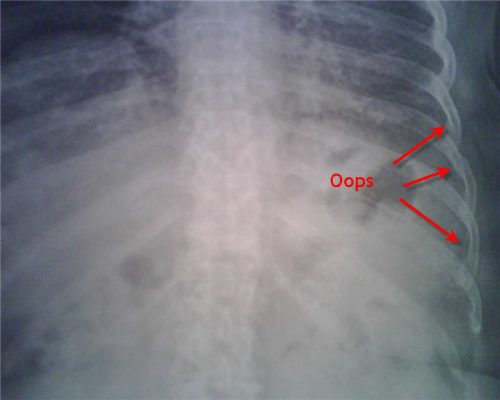 So is it foolish to kayak on Friday the 13th?  I’m not superstitious, but as I was heading out to boat that morning I remember thinking how ironic it would be if there ended up being river carnage that day.  As it turns out, I was front and center in the carnage department, but at the same time it was relatively minor, so I’m seriously grateful to have been able to learn a lesson without totally sidelining myself for months.

Anyway, here are some thoughts I’ve had about what happened:

It’s easy to get used to getting away with things.

What happened is that I ended up breaking 3 ribs when I got T-boned by the bow of someone’s kayak while they were surfing and I was coming down a wave train.  It flipped me over and I remember thinking, ‘Holy smokes, I think I really got hurt this time’, but fortunately I was able to roll up and get over to an eddy.  Now apparently (as I’ve heard since then) there’s a river rule that says the upstream kayaker has right of way, but let’s be real – there also has to be an unwritten rule that says the upstream kayaker should avoid acting like a bonehead, and I know I had enough time to get out of this person’s way – I just was being a little lax about paddling hard.  Usually you get away with that stuff with some flips and apologies, this time I didn’t. 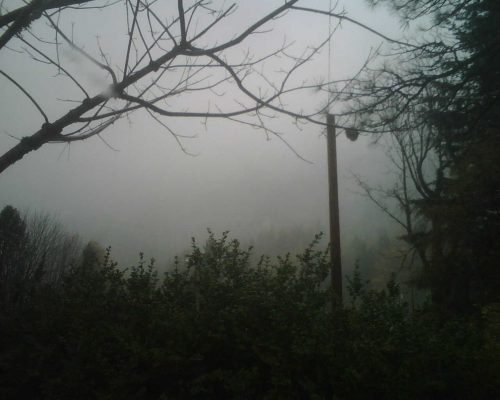 Snow billows through Index as we put in.

Little mistakes can have big consequences.

I think for most kayakers it’s a lot easier to consider getting hurt and dealing with pain than it is to think about the amount of time they’ll have to take off of paddling.  They told me six weeks and I’m hoping it’s four, but poor Fish Waidelich, who’s an amazing kayaker, dislocated his shoulder recently and is out for months – recently he was on Professor Paddle begging people to take him down river in a raft, and (paddlers being the people they are) he got lots of offers right away.  But seriously – from what I hear, he got hurt on a class III section, and he’s a class V paddler.  So I guess it’s worth keeping that kind of thing in mind.  Although at the same time, if you think too much about what can go wrong you’ll never leave the house.  (Martha Stewart reruns, anyone? :))

Your paddle group is your lifeline.

I was fortunate to be paddling with a great group of people who did everything they could to make things safer and easier.  Everyone took the time to figure out what was going on, Brett Barton carried both his and my boat off the river and through the woods for half an hour up to the road, the guys from Peak 7 happened to come along and give us a ride up to Index, JP and Dave Morales drove me back to my house, and Dave didn’t make me feel bad about committing his afternoon to taking me to the hospital when it turned out  I couldn’t drive.  You seriously want to paddle with people like this.

We are blessed with amazing capacity to heal.

I know most people know that, but I have to emphasize – I am completely mind-boggled at how much better I feel just over a week later.  When I got to the hospital on Friday I could barely walk, and on Sunday I couldn’t clear my throat, even on Percocet.  By Wednesday, however, I was off of painkillers and actually tried a slow jog (then got walloped on Facebook by my clear-thinking friends.)  Today is nine days later and I can breathe in just fine – sneezing is not agonizing, I can run (although I’m not) and I’m just watching out for my left arm and shoulder blade, which I can tell will take longer.  If you had told me last Sunday that I’d feel like this today, I would have snorted in disbelief – and then toppled over in agony.  It’s truly amazing.

So in the end…

I’m not trying to sound like Polyanna.  It’s not fun to have broken ribs (other than the outpouring of sympathy, including fellow paddler Marilyn Ridings showing up on Sunday with a full grocery list and flowers – thanks Marilyn!)  But who are we kidding – any time you get the opportunity to learn a potentially life-saving lesson without losing a bunch of teeth or rupturing a shoulder (the point being, obviously, that you’d be off the river for a long time with those injuries ;) ) there’s not that much to complain about, right?  I’m calling it good, and hoping to be smarter and better when I get back out there. 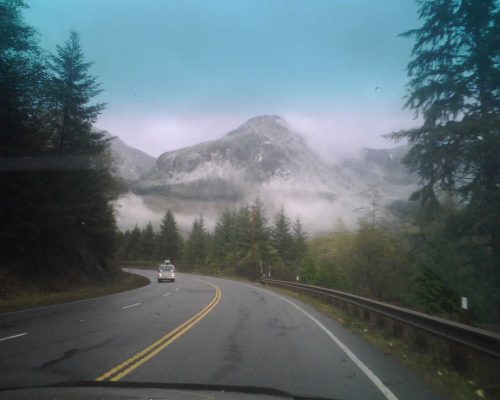 Clear skies and fresh snow on the way back.