There’s a great post on the Team Pyranha blog right now about a trip the Seiler brothers organized on the N. Fork of the American River’s ‘Royal Gorge’.  It looks like an epic time and there are some really amazing photos, many of them taken by kayaker Robby Hogg, who was nice enough to let me use some on here.  Here’s a link to the Royal Gorge kayaking post, and here are a few sample pics, plus a video at the end: 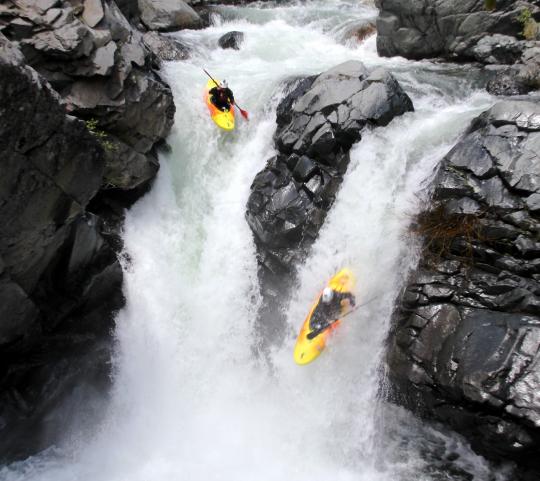 I think that’s a really cool shot.  I love this one below as well – the kayakers standing on the right offset by the view of the lead-in give the whole picture a great dynamic. 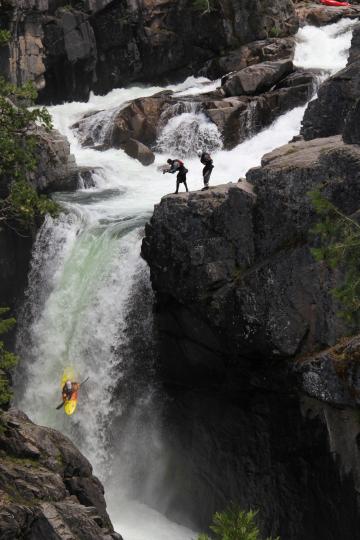 Darin McQuoid wrote a great post called ‘The Epic’ a couple of years back about his experience getting stuck in the cave below this drop, that one’s definitely also worth a read.  Anyway, this is just the tip of the iceberg as far as the Royal Gorge stuff, you can click on either photo to read the rest of it on the Team Pyranha blog.

Here’s a very sweet video that was put together of the run.