Whitewater Kayaking Classes Around Seattle in 2012

If you’re looking for whitewater kayaking classes in the Seattle area in 2012, here are two you’ll want to check out. 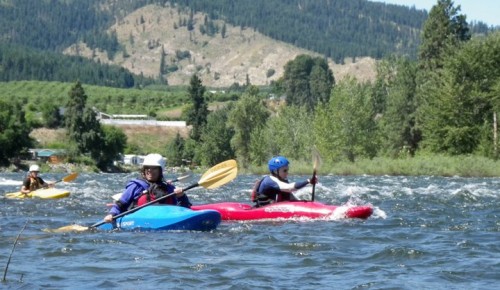 First off, the Whitewater Fever class run by Northwest Outdoor Center – this is the class that taught me how to roll and helped get me started many years ago.  (I then did absolutely nothing in a kayak for like eight years, but I loved the class and it didn’t take much for me to re-learn how to roll when I got started again.)  This is a 5-day class that includes an evening lake class (basically a “this water, water = friend” session), two evening pool classes during which there’s a really good chance you’ll learn how to roll, and two weekend river days on a friendly class II somewhere.  Herbie, one of the owners, is one of the teachers and is really, really good at teaching the roll, not to mention that he is one of the most relaxed people you can find on the river on any given day.  There are Whitewater Fever courses in 2012 in April, June, July, and August.

The other option is the Washington Kayak Club course, which starts in about six minutes.  OK, not quite – but I am definitely posting about it at the last second here. 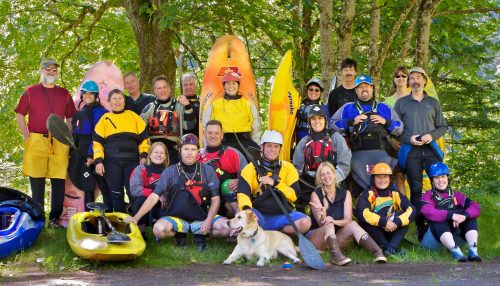 It starts April 10 and goes to May 5, 2012.  I haven’t taken this class, but I know many good boaters who like to paddle and teach through the WKC, so I’m thinking this must be a pretty good class too.

Some pros and cons of each:

The Whitewater Fever course costs a little more, $225 plus $90 for kayak and drysuit rental.  However, when I took the course it was really nice to be able to just rent the gear and get a feel for what kind of boat worked for me without having to buy a bunch of stuff first.  I ended up buying the exact same boat I used in the class, a Necky Jive, secondhand online later on, and used that for my first year.

The WKC class costs less, $175 plus ACA and WKC membership (somewhere around $60 together), but you need your own gear, which when you’re just starting out and not sure you’ll enjoy the sport (or are just not sure what to buy) can be a bit daunting.  However, the plus of taking the WKC class is that you’re then hooked up with a bunch of beginners who are also hooked up with the WKC, which has a lot of organized beginner trips led by people who totally expect to occasionally be scooping you and your gear out of some eddy.

The rest of the boating community is generally also very beginner-friendly, but not as organized, which can make it difficult for beginners to find trips early on unless they’re tied in with a group like the WKC that is really well set up for helping people in the early stages progress through Class II and III.  On the other hand, you can always take whatever class works and join the WKC later – there are a lot more trips going around on the email list than you’ll see posted on the calendar. 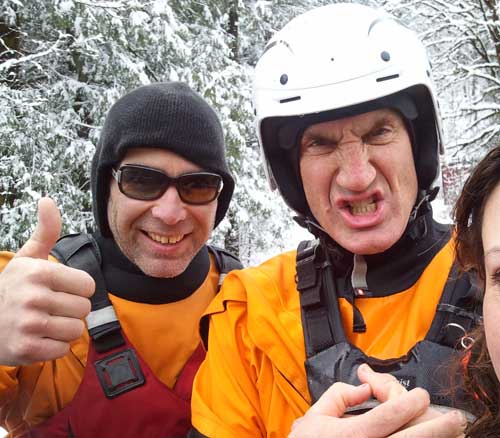 The patient, encouraging WKC pros got me through the Class II+ into III stage, and after that you start hitting the main Sky run and boating with these guys – from there on out, goooood luck. :)  Just kidding – Dave Moroles and Rob McKibbin are first-class boaters and people alike, plus beginner-friendly to boot.  Just don’t follow Rob’s line if he tells you not to.

Thanks for those great tips on white water kayaking classes in Seattle. It was a big help to me because I want to become a better kayaker. I’m good enough for kayak fishing, but you never know when you might get in a bind. And since we visit Seattle a great deal because my wife is from there, and we have family, it going to be something we can do when we are there with the whole family. They like kayaking too! So this gave us a great idea for our next visit. Thanks again :-)