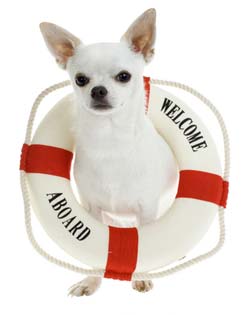 If you’re a beginner to intermediate whitewater kayaker around the Seattle area and are looking for people to boat with you might want to check out this sticky thread on Professor Paddle for beginners to organize runs.

I always tell people to join the Washington Kayak Club too, because even if you don’t see runs at your level on their events calendar you’ll end up getting on some big email lists with people organizing all kinds of runs, often in the II+ and III range.  For some odd reason people often don’t take my advice (a recurring and disturbing theme – but I digress), so now this thread should at least make it somewhat easier on the Professor Paddle side.

Speaking of beginner runs, this is a great season (August to September) to get used to running Boulder Drop on the Skykomish River, it’s much less pushy under 2,000 cfs and we run it all the way down to 500 cfs.  Just a heads up that it’s much less fun to swim at lower levels, especially that last drop after House Rocks.  But it’s always a simple portage too.

Great advice. As a new paddler myself, these resources are invaluable. I talk to a few new paddlers and they all say the same thing: you take a class or two and get super psyched about the sport, but then what? If you arent lucky enough to already have some more advanced kayaking buddies, it is very hard to figure out how to keep paddling and advancing your skills.

And since I am here, I wanted to second your recommendation about Herbie and the folks at NWOC – I took their 5-day Total Immersion Whitewater class and it was great. In fact, I even went back and took it again the next year because I had such a great time. Definitely recommended.

Thanks for your comment Brian, glad to hear you found this helpful, and also that you had the same good experience with Herbie and NWOC. I never took the Immersion class but it sounds great, especially now that I know it’s on the Wenatchee – one of my favorite places. :) Happy paddling, and SYOTR!