Here are some Eskimo rolling myths you may hear at some point in your whitewater kayaking journey.

(If you do, consider telling the person talking that "I've read the blog post, so I know that what you're saying is complete otter spittle.")

Myth 1. "You will lose your roll at some point."

No you won't, not if you keep practicing it and are tough on yourself as far as always trying to have the best possible technique.

Don't be afraid to be an advanced boater who still starts out a pool session doing hip snaps at the side of the pool.  Many of the good Class V boaters I know have gone through periods during which they've struggled with their roll, that's pretty normal - but you don't have to lose it.

Myth 2. "You shouldn't be flipping over."

Flipping and (hopefully) rolling are just part of kayaking, unless you are always on flat water or paddling way below your skill level.  Trying new things and (gasp) failing occasionally is part of the fun, or should be.  Don't let people make you feel bad about it.

Of course as you learn to brace better you'll flip less, and as you get into harder whitewater flipping (and especially not rolling up) become more consequential, but most people who push themselves even a little bit are going to flip at some point, whether it's on Class II or Class V.

The people who are most severe about it tend to be very stylish paddlers who don't think you should try anything unless you're almost sure to crush the line, or more timid boaters who often don't have a great roll themselves.  Wish them well, don your nose plugs, and carry on.

No it doesn't.  OK, you have to be able to hold a paddle and rotate your torso, but that's basically it as long as your technique is correct.  Being flexible will actually help your roll a lot more, so it's worth doing stretches that increase your ability to bend sideways.

Myth 4. "Your roll is getting sketchy?  You just need some river time."

Umm, no.  Yes, it's true that playboating and doing things that make you flip a lot can be super helpful in terms of teaching you how to combat roll in all kinds of positions and river situations - but that's if you already have a solid roll.

If your roll is shakey to the point that you've started getting nervous, you're not sure you can roll up, and your technique is deteriorating, then you probably need flat water time, not river time.

It is extremely useful to step back a pace or two and give yourself a chance to re-solidify your technique without the additional stress of doing it in moving water and/or having to making it upright before a downriver feature, all of which can lead to causing your technique to deteriorate further.

No, it isn't, not if you use it as a training tool, just like a gymnast uses a suspension harness as a tool to let their body learn the correct body mechanics for a tumbling or balance bar routine.

(In case you haven't seen it yet:  This is a roll in which you increase your leverage by moving your hands down towards the non-power end of your paddle.)

The way I learned it was, for a right side (typical "on side") roll, put the left hand on the end of the left paddle blade and my right hand about on the middle of the paddle shaft. You can also do it with your non-power hand at the base of the paddle blade instead of on the actual blade.

The thing to understand is that this is a training tool. Of course you're not supposed to use the extra leverage to shlep up crappo rolls, the point is to give yourself some leeway that allows you to work on perfecting your technique. 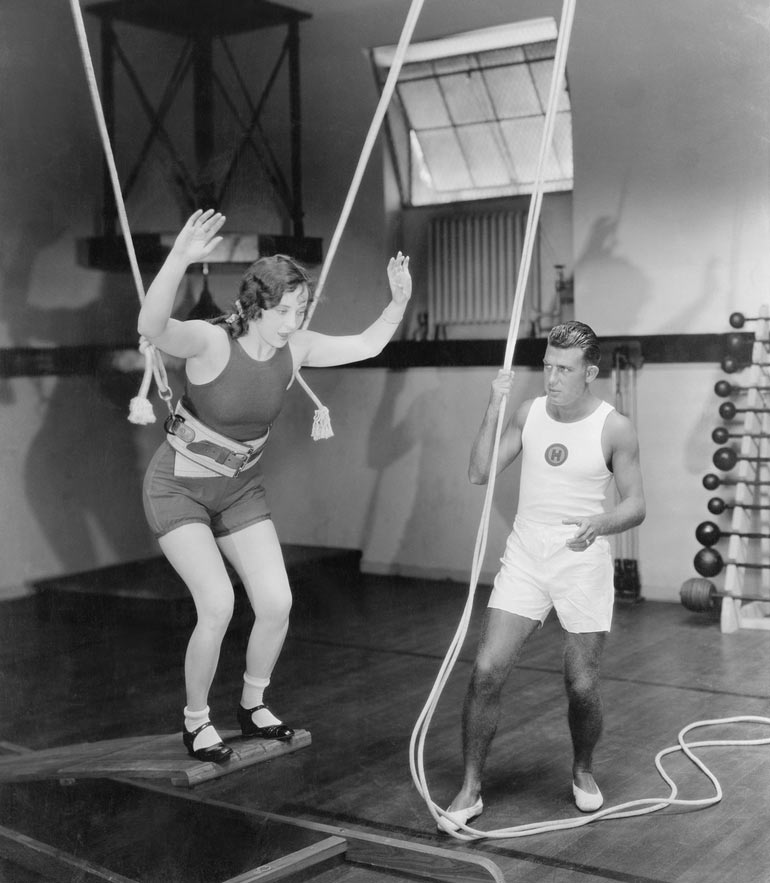 The harness is a training tool that allows you to learn perfect technique and hardwire the correct muscle memory. Same with the extended paddle roll hand position.

You don't see those gymnastic harnesses in the Olympics, right? The harness is a training tool to help that person develop the correct technique and muscle memory that gets them to the Olympics. Why is this concept so hard for some people to understand?  But I digress.

Using the extended hold on the blade is a training tool. It gives you much more leverage and makes it easier to roll, which means that instead of worrying about whether you're going to make the roll in the first place (which causes people to pull their head, try to power up, thrash around  and overall learn bad form) you greatly increase the chances of making the roll, so now you can stop worrying about that and instead work on your technique.

(It's pretty darn hard to work on your rolling form when you can't roll up to begin with.) Also, this learning technique can be very helpful for those people who are teaching themselves to roll and don't have someone there to help roll them up.

The goal is to keep rolling up with great form.

True: Repetition is Your Friend

This may take hundreds of rolls. If so, awesome! Muscle memory is your friend. Like Arnold Shwarzenegger says in regards to succeeding in life:  "Reps, reps, reps."

I'm not saying the extended paddle roll is the only way to learn the roll, many people develop a great roll using other learning methods, but it's how I learned and it really worked - I was known as the beginner boater with the bomber roll (normal hand position) starting out because I worked on my technique with hundreds of pool rolls, going back to the extended blade hold to re-focus whenever things got shakey

So the other key takeaway here is that when I was developing my bomber beginner roll I put in hundreds and hundreds of reps in the pool.

You want to hardwire the correct motions into your brain so that rolling is second nature, even in burly whitewater or when your helmet is bouncing off rocks. And once they're hardwired, don't stop - keep that muscle memory alive and vibrant with continued reps in conditions that allow you to fine-tune your technique.

Having a good roll enabled me to push myself on harder stuff early on (probably a bit too much, but that's another post), and it really, really bothers me when I see new boaters starting out and someone - usually either a super good paddler who learned it differently, or else someone with a bad roll (go figure) - has told them the extended paddle roll technique is 'cheating'.

I've seen these beginners tough it out and power out a bunch of shakey pool rolls with the normal hand position because they want to do the right thing and not 'cheat'. I totally get it. But many of them I've seen still struggling years later, still with shakey rolls. And some actually ended up bagging kayaking.

So where's the success story in that? Are the people who told them they'd be cheating if they learned to roll with the extended paddle hand grip happy about how things turned out? Grrrr....

Obviously you can see why I find Myth 5 really, really annoying.

True: Just Being Tired Can Make You Carp Rolls

On another note, keep in mind that being tired can cause you to miss rolls, which is another reason playboating and river time (see Myth 4) aren't the fix for 100 percent of situations. It's tempting to try to be stubborn and power things out when we're physically and mentally exhausted, but our body ultimately calls the shots.

My husband Mike, super solid Class V boater who runs 50/50 and the Box Canyon of the Ashlu (see his lovely line on 50/50 below), swam in an eddy on Boulder Drop on the Skykomish last month because he had hiked his boat up three times and raced Boulder Drop 3 laps and was just extremely tired.  It kind of gives hope to the rest of us. ;)

If you're working on skill building you may also want to check out the Beginner Kayaking Tips - Forward Stroke post - Michele Ramazza's video tutorial on the forward stroke is excellent.

Having a strong and effective forward stroke is absolutely crucial to becoming a proficient whitewater kayaker and it's probably the most under-taught and under-practiced skill on the river. (Not the fault of beginner kayakers, they have no reason to realize how important this is and for some reason most of the time no one tells them.)